We headed up for an end of the year break. The weather forecast was for snow so we were hoping for cold and snow to get some good photos but it was a little wrong. There was snow on Rannoch Moor and around the Buachaille but it was also very wet (not so much in the forecast). By Loch Achtriochtan we pulled up and a robin flew on and off the mirror several times. Trixie didn’t spot it. 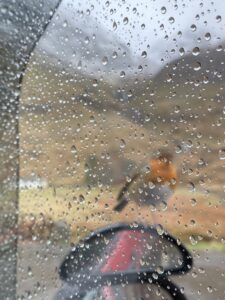 We headed down the coastal route and took advantage of the snow being near the road in the Arrochar Alps. 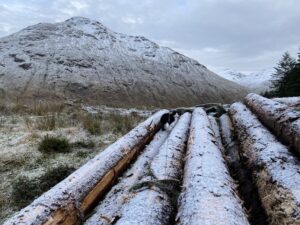