When I was at University I lived with 2 Northern Irish girls. It took quite a while after graduation before I visited Ireland but in 2011 I spent 2 weeks touring it with Trixie.

We had a few hours sleep in the car then went to look at a waterfall before breakfast.

After this we did a bit of driving round the coast til we got to Carrick-a-Rede. The island is a bird sanctuary and dogs are Not Allowed on it. Trixie, although she sometimes acts like a dog wanting to go for walks, is not a dog. We asked and she was granted permission to cross as long as she stayed under control. 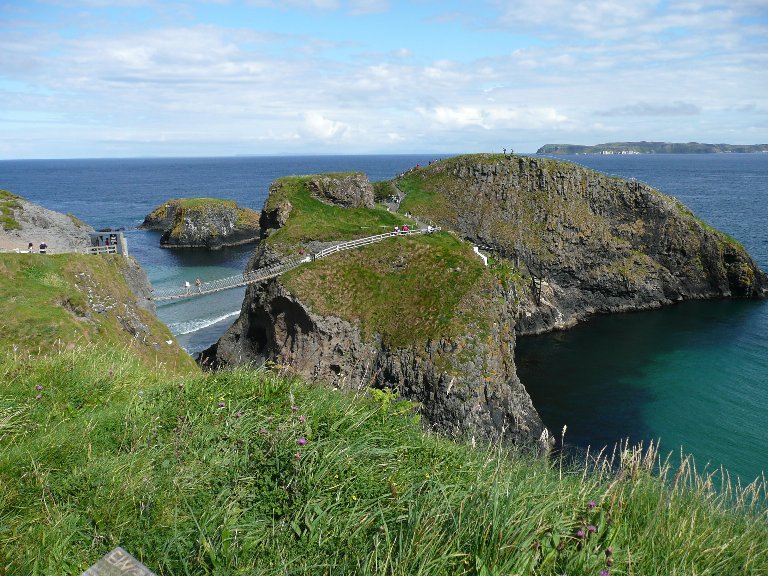 We climbed many hundreds of steps, went to the highest waterfalls and passes, and spent many hours on cliffs and beaches. After one beach expedition Trixie was offered a freshly landed fish!

At the Cliffs of Moher. 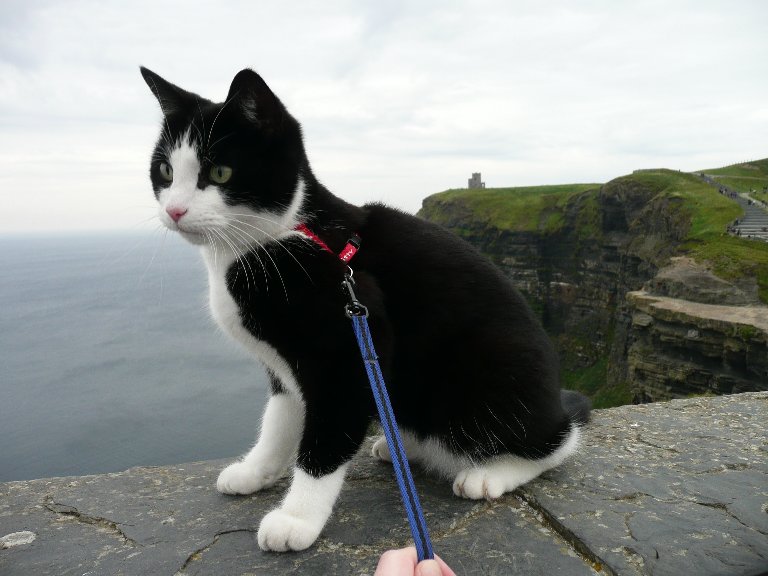 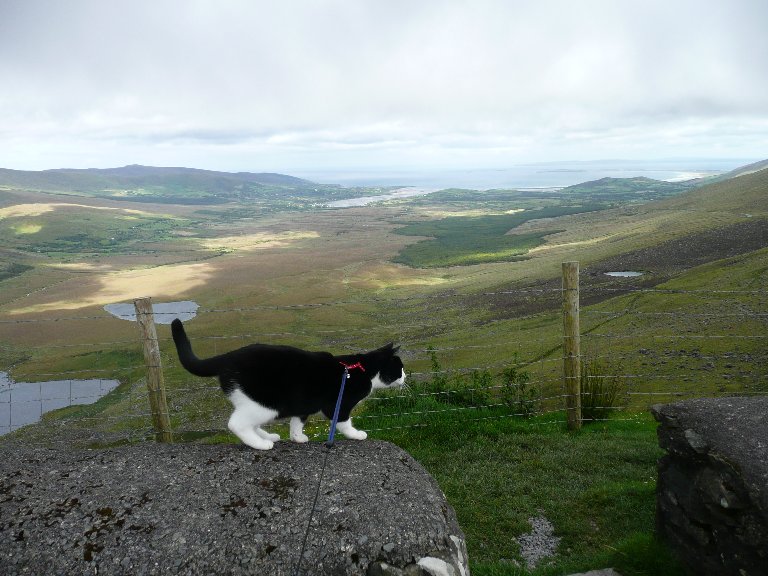 At Slea Head, almost as far west as you can go in Europe. 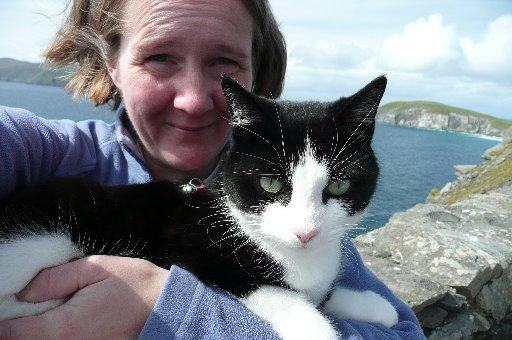 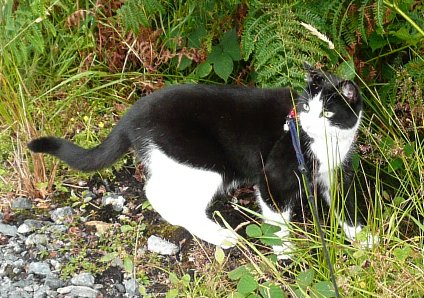 Getting used to this daily travelling lark. 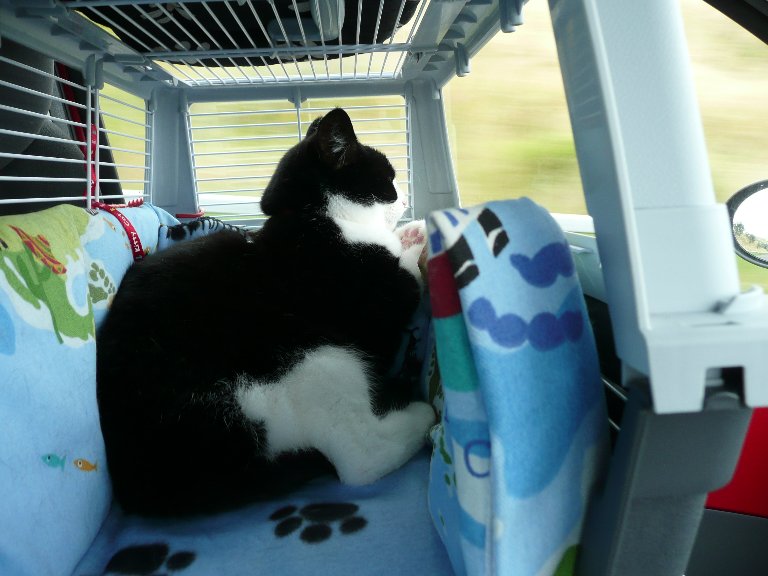 One of the B&Bs we stayed in. 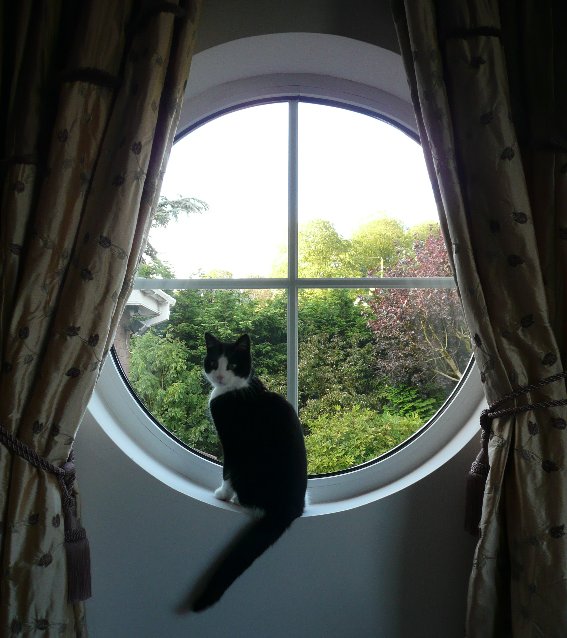