When travelling most of the way round the world to Antarctica you don’t want to risk your flights being delayed, and it also made sense to stop off at Iguassu Falls which is on the border between Argentina and Brazil. It’s the largest waterfall system in the world.

Aerolineas Argentinas made an unscheduled detour on our northward flight to fly over the falls (the only good thing about them).

I walked right up to Devils throat 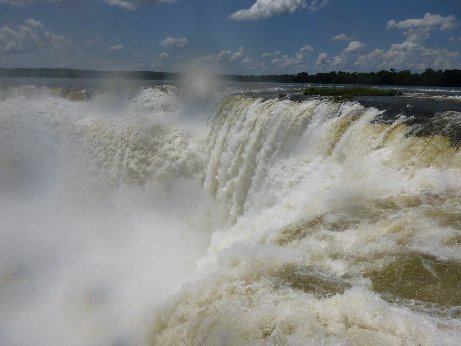 and had a total of 4 showers of river spray water.

Some of the local wildlife paused long enough to be photographed 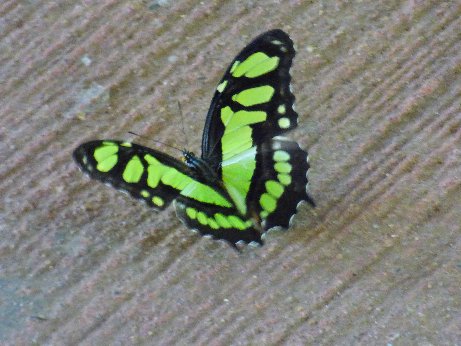 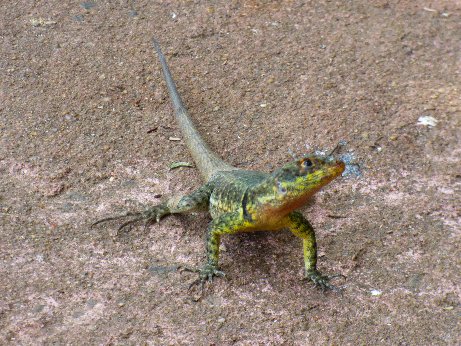 which came right up to me.

I then spent a few days in Ushuaia 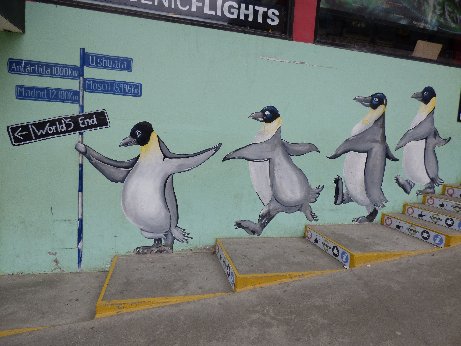 . It’s recommended you allow plenty time for Argentinian Airlines to mess about with and cancel flights and they did plenty of that. Some of the houses look rather precariously built on steep rocks 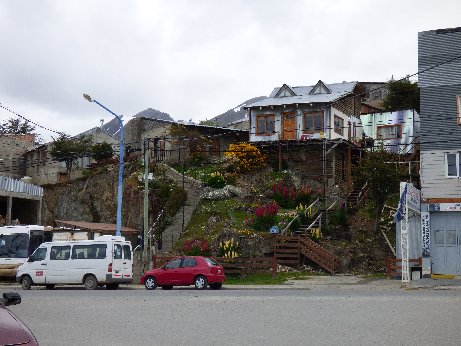 and others have large gaps in them or use poor quality wood for external walls – I don’t know how they will survive the winter. I’d hurt my bad knee a few weeks before going away so took things fairly easy here but still walked up to the snow line on the way to a glacier 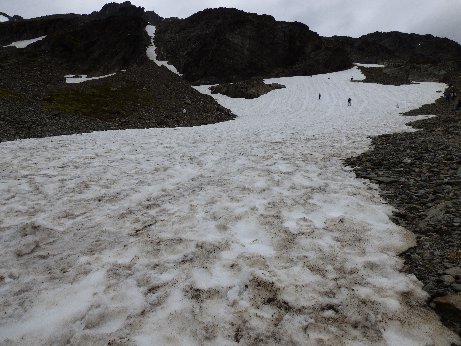 . It looked like there would have been some good climbing if I’d had a partner!

I also went to Tierra del Fuego national park which is similar to the Lake District with mountains and lakes and a lot of rain, and has the end of the PanAmerican highway which starts 11000 miles north in Alaska.